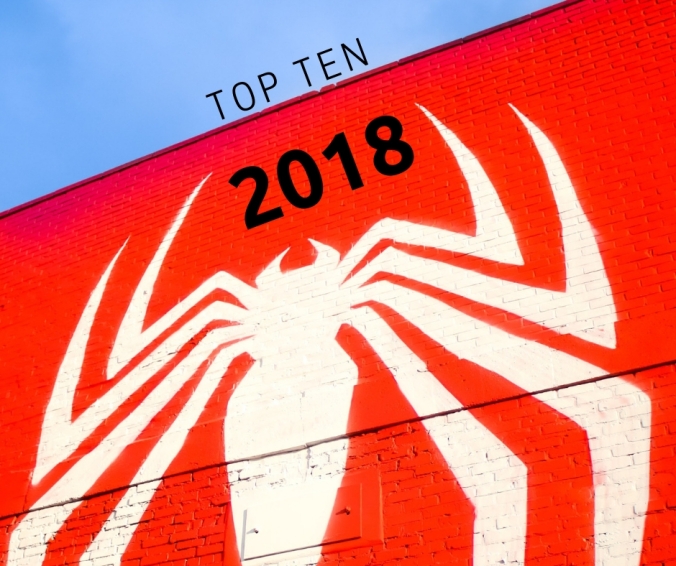 Better late than never– our annual top ten lists for movies we saw in theatres this year. Lots of superheros, some Oscar hopefuls, and a few you might have missed. Enjoy!

Worst Film:
Jurassic World: Fallen Kingdom – I actually started a group chat at work to discuss how terrible this film was. I never do that. I was so disappointed with Fallen Kingdom, after the first Jurassic World was such a fun ride. I can’t remember too many times when I’ve heard an outpouring of audible groans when characters make decisions like I did during this. The first half of the film, while entertaining, is completely unnecessary and the second half where we get into the world of human cloning is mind numbingly awful. The original film is one of my favourite movies of all time, and it is incredibly disappointing to see that legacy tarnished by this substandard fare.

Biggest Disappointment:
Predators – This movie had a lot going for it. Shane Black was responsible for some of the best action films of the eighties (Lethal Weapon), and has moved on to directing brilliantly (Kiss Kiss Bang Bang, The Nice Guys, Iron Man 3). If anyone could bring this alien hunter into the new millennium, it was Black. What he delivered was a clunky movie that didn’t know if wanted to be a horror film, action or comedy and gets mish-mashed into all 3, never really succeeding at any of them.

Worst Films:
Jurassic World: Fallen Kingdom – There were so many opportunities to make this an interesting movie, and every single one of them was missed.
Tag– There were some very funny movies released this year. This was not one of them.
The Happytime Murders – This wasn’t one of them either!

Biggest Disappointment:
Fantastic Beasts: The Crimes of Grindelwald – I really wanted this sequel to be good. It was so terrible. Holding out hope that it will make more sense once we’ve seen the next couple installments, but on its own Grindelwald fails to deliver.

Most “I don’t know if this is good or not” Movie:
Mandy – I saw this on a lark with a friend who had an extra ticket. It’s not a film I would normally seek out on my own, but it was… good? Maybe? I honestly can’t decide. It was visually stunning, and there’s some great Nick Cage screaming if you’re into that.