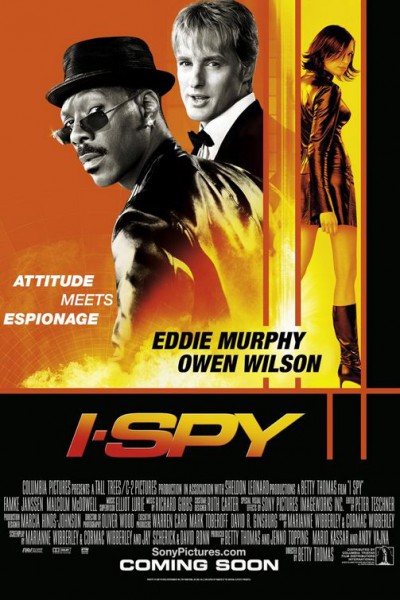 Ben
Both Owen Wilson and Eddie Murphy have been responsible for some of my favourite comedies. It seemed a no brainer that they’d star in this remake of a 60s television show starring Bill Cosby about spies and civilians working together to get criminals. Unfortunately, I Spy does not deliver. It is one of the worst films I’ve seen in a long time and one of a string of flops for Murphy where he wasn’t playing a talking donkey.

Murphy plays Kelly Robinson, a famous boxer with a massive ego. He is asked by secret agent Alex Scott (Owen Wilson) to work with his team to find a terrorist (Malcolm McDowell) who is hoping to sell a piece of state of the art technology he recently stole. This terrorist is also a massive boxing fan, so they are hoping to use Kelly to get inside his operation and bring him down. Alex is being asked to lead his first mission, which he is excited about as he is normally taking a back seat to more prestigious spies. Alex wants this job to go well and is constantly frustrated by Kelly and his ridiculous demands. The two must work together if they are going to stop this technology from being sold to the highest bidder.

This film is not funny. The best part of it is Famke Janssen as Alex’s fellow spy and love interest. She is incredibly sexy, and if I’m being honest, the main reason I bought this film. Murphy has not made a decent live action film since the 80s, and I Spy is another disappointment. It is not funny, and he and Owen Wilson do not have much chemistry. It is also quite laughable to think that Murphy could be a professional boxer. He is nearly 50, and this movie shows it. The boxing scenes were not believable at all. It was also difficult to believe that Owen Wilson could be a secret agent. I understand that this is a comedy and suspension of belief is essential in a movie like this, but the film makers should have given the audience some credit. As it is, this film is ridiculously unbelievable and, worst of all, not funny at all.

Sally
I’ve never seen the 1960s television series I Spy, but it had to have been better than this movie remake, right? Even for a goofy spy comedy this one is particularly bad. I expect so much more from Eddie Murphy and Owen Wilson, though I’m starting to wonder if I should.

When I write a review of a remake or adaptation I usually spend a little time reading up on the original/inspiration, especially if I’m unfamiliar with it. From what I’ve gleaned off the I Spy television series Wikipedia page, that show deserved so much better than this terrible movie. It was a trailblazing drama, presenting an African-American spy (Bill Cosby) as the equal of his white partner (Robert Culp). Cosby’s race was never mentioned, and was never an issue in any of the episodes. It also blended witty banter with serious subject matter, but emphasized realism over fantasy (no gadgets, no campy villains, no tongue-in-cheek humor). It actually sounds like a pretty cool show.

This movie has none of what made the TV show special. It’s as if someone wrote a spy movie script and a studio head decided to slap the I Spy name on it because TV remakes are super popular. The movie literally has everything in it that the television show seemed to purposely avoid: outlandish gadgets and technology, an over the top villain, terrible attempts at cheeky humor. Given that the source material was so revolutionary for its time, it’s sad that the movie incarnation is such a generic example of the genre.

The other huge issue here is that the leads feel terribly miscast. Owen Wilson is good as a social awkward, nerdy spy, but really he’s just playing himself. His character is also slightly inept, which seems to run counter to the character from the television show. But the real insult here is Eddie Murphy, who is playing a middleweight boxing champion. I’m willing to suspend reality quite a bit when watching comedies and spy films, but this is just too beyond belief to swallow.

This is a movie best skipped. If you want a humorous spy flick, stick with Get Smart or any of the Roger Moore era Bond films. Better yet, check out the original television series (I want to). I Spy the movie is not worth your time. 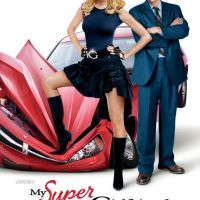