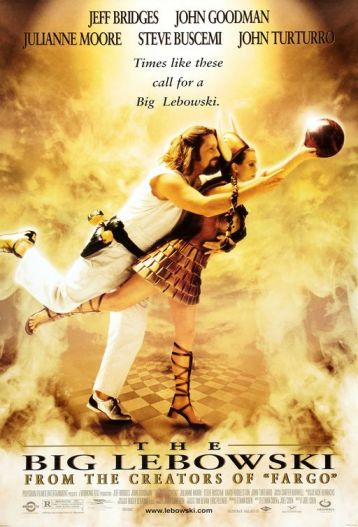 Sally
When I was in fifth grade I had this really cool white pencil case with yellow smiley faces all over it. Very trendy for the mid-90s. So trendy in fact, that Karen Smith* had the exact same pencil case. One day some of Karen’s friends decided it would be funny to draw on her pencil case. They proceeded to scribble with marker all over the white portion, laughing as they engaged in petty vandalism. Then Karen walked up carrying her white pencil case with smiley faces all over it, and the Scribble Gang realized their mistake: they had defaced my pencil case, not Karen’s.

All this to say that I totally feel for The Dude when that lackey pees on his rug. That pencil case really pulled my desk together, so to speak. And had I been bolder, like The Dude, I would have sought restitution. Instead I quietly sulked and counted down the days until back to school shopping when I could talk my mom into buying me a new pencil case.

The Big Lebowski is a great movie, full of extremely quirky characters and a borderline ridiculous plot. It’s easy to see how this has become a cult film over the years, even spawning a pseudo-religion based on The Dude’s easygoing lifestyle. The one-liners here are also gold; I still laugh out loud every time I hear Jeff Brides deliver the line “Obviously you’re not a golfer.” This is definitely one of those movies that I can’t believe took me so long to see (my first viewing was about three years ago).

Still, it’s not my favorite Coen Brothers comedy. I prefer O Brother, Where Art Thou?, personally. But that’s just, like, my opinion, man.

*Names have been changed because I am now old enough to remember the story, but not specifically who was involved.

Ben
This is such a random movie, but it is one of my favourites. This is, in my opinion, the Coen Brothers best movie by some margin. People can have their Fargos and O’ Brother Where Art Thous, but I’ll take The Big Lebowski any day of the week.

The plot of this movie is quite simple. Jeff Bridge plays Jeff ‘The Dude’ Lebowski. He’s an oafish lazy hippie who lives in Los Angeles, ten pin bowls all day and has no income to speak of. He is confronted one night by thugs who have confused him with a much wealthier Jeff Lebowski. They attack him and try to get some money from him, when he doesn’t have any they piss on his rug and leave. The Dude wants a replacement rug because it ‘really held the room together’ so he decides to go and see if their original target, the rich Lebowski, can provide him with a new one. This leads him down a journey that includes porn stars, ransom money, and missing toes.

This film is brilliant. Bridges is awesome as the Dude. He is a lovable loser that although you know he is a deadbeat, you still want him to succeed. His two friends, played by John Goodman and Steve Buscemi are also great characters. I especially loved Goodman’s portrayal of Walter. He is a former war vet who is suspicious of everyone, especially when the Dude gets caught up in a kidnapping and has to deliver ransom money for her to be freed. Buscemi is their other friend and bowling partner, Donny. His best moments come when John Goodman is berating him for always coming in and out of their conversations. Both of these characters are great. They are really good foil for Bridges and the three of the have terrific chemistry. Julianne Moore is also in this cast as the rich Lebowski’s daughter, Maude. She is a minor character, but I loved her role. I really enjoyed her quasi British accent. It’s so random. All of these actors are terrific, but my favourite is probably John Turturro as their bowling Rival Jesus. He has some of the best lines in the film. I thought he was so funny.

This film is very much a cult classic. Nearly everyone I know who has seen it, loves it. The acting is great and the chemistry between the leads is brilliant. I don’t think Jeff Bridges has ever been funnier and he’s well supported by John Goodman, Steve Buscemi and Julianne Moore. 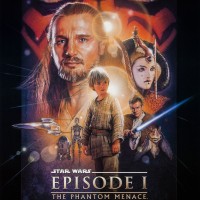